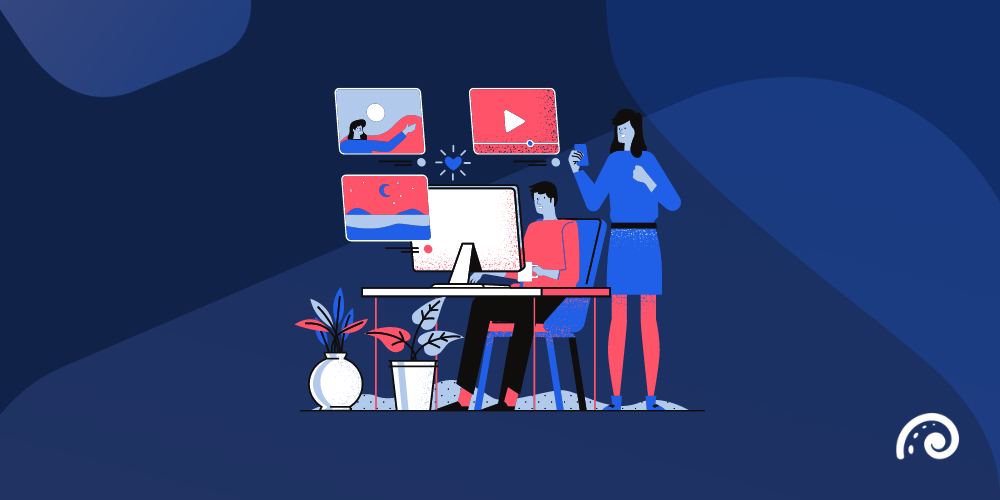 Social media has come a long way from when it first appeared on the web. Long before any of us knew or understood the potential behind social media, the first iterations were popping up to connect us all to the rest of the world.

Today, there is a full generation of adults who have never known a world without social media. It’s part of all of our daily lives, and some have even built their careers around social media.

But to better understand where we’re going, we need to look at where we’ve been. Let’s take a look at the history of social media.

In 2003, Myspace launched and took off across the web. The very same year, surprisingly, LinkedIn launched as a professional networking and job posting site. While younger people were agonizing over their top 8 on Myspace, LinkedIn slowly grew, acquiring just 20 signups per day. 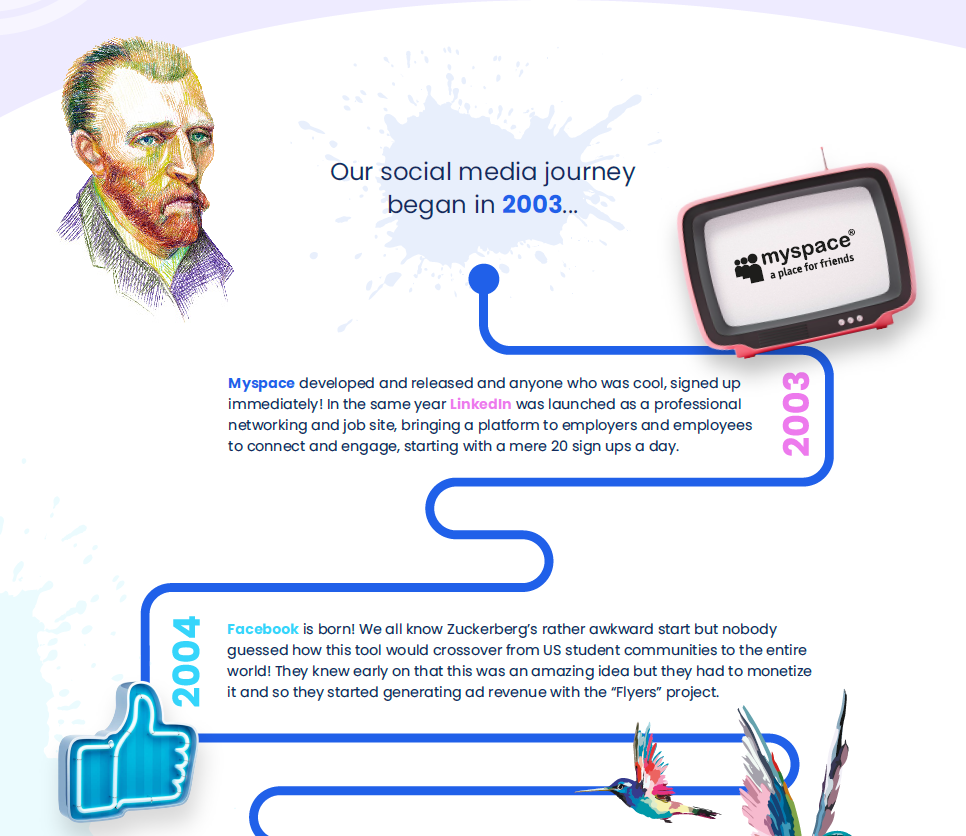 2004 saw the birth of Facebook, when student Mark Zuckerberg launched the site to connect Harvard students with one another. In 2005, the platform was rolled out to university students across the country, looking much different than it does today. No one expected Facebook to become the 7th most valuable brand in the world in 2022.

In 2006, Twitter joined the social media sphere with an interesting niche: you could only publish micro posts of 140 characters or fewer. This micro post style quickly became popular, and Twitter emerged as a top site for real-time news and updates across the world.

2007 brought the first realistic monetization of social media platforms, with Facebook announcing the launch of the Facebook Ads platform. In the same year, Chris Messina invented the hashtag – the first method of categorizing social media posts, which then became a central feature of Twitter’s platform.

Over 2008 and 2009, Facebook and Myspace continued to soar, earning millions of unique users across the world. However, Myspace peaked in 2009, and slowly began to decline, while Facebook continued to gain in popularity, marking the end of a five-year-long rivalry between the two networks.

In the same year, Twitter launched its own advertising platform where users could promote their tweets.

In 2011, Facebook sought other methods of monetization and launched a desktop ad program called Sponsored Stories. Twitter acquired the independent app “Tweetdeck,” which allowed you to follow multiple feeds, users, and messages across Twitter from the same screen.

That same year, Snapchat exploded on the scene, pioneering ephemeral content within the social media world.

In 2016, LinkedIn had grown to 430 million members. Acquired by Microsoft in 2015 for over 26 billion dollars, the company’s largest historical acquisition, LinkedIn had become a veritable giant among social networks, niche though it may be.

In 2018, Instagram launched IGTV for video content in an attempt to compete with popular video platform YouTube. In the same year, Chinese internet company Bytedance merged their social platform TikTok into Musical.ly, and launched internationally under the TikTok brand.

2020 is the year TikTok took off worldwide, with their challenges grabbing the attention of B2C brands. Instagram, attempting to rival TikTok, launched a similar video format called Reels. With the pandemic locking down social interaction to social channels, B2B brands relied on social media to connect with their customers and prospects. 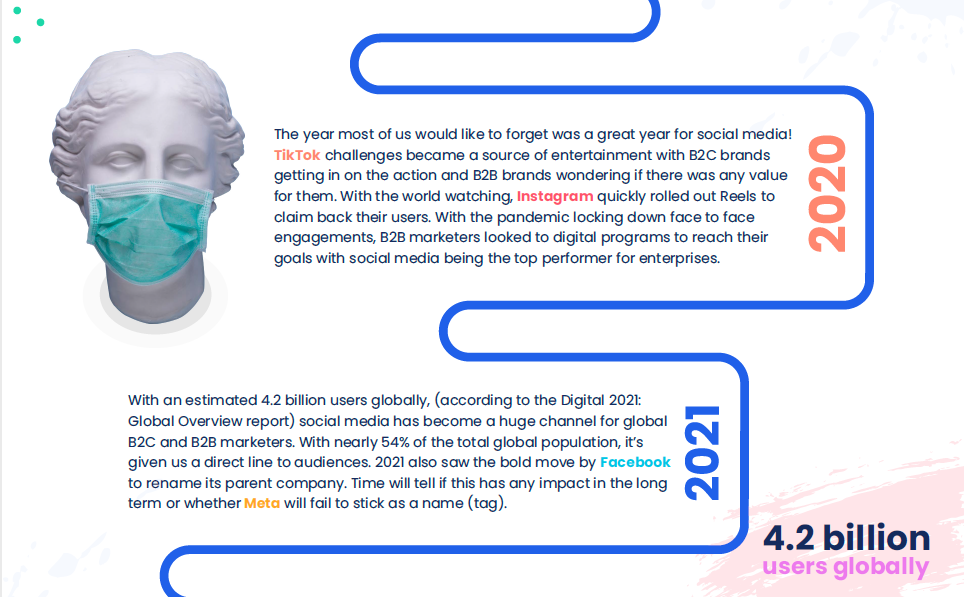 In 2021, the Digital 2021: Global Overview report stated announced nearly 4.2 billion social media users across the world. This same year, Facebook announced the rebranding of its parent company into Meta.

According to the State of B2B Social Media report, social budgets are predicted to increase into 2022 and beyond. LinkedIn ads are currently reaching 13% of the world’s population, and Meta continues to grow larger and larger.

There’s no denying that social media plays an integral role in our lives, and doubly so if you’re a marketer. What will the future look like for social media? We can only guess, and time will tell the rest.

Check out the full infographic below, or download it here! 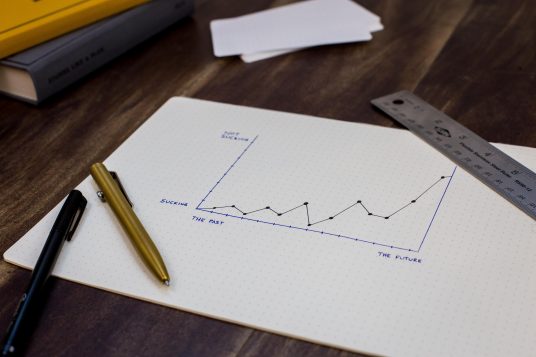